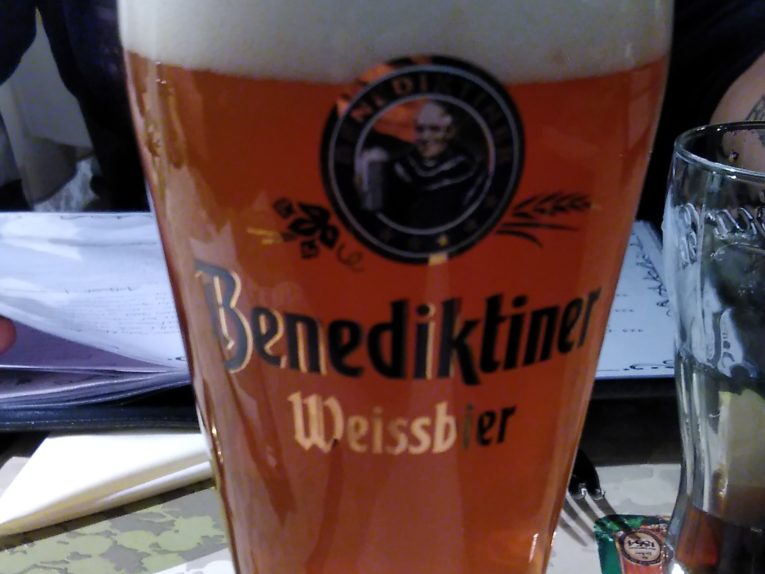 I have started with reviewing average hotels and average cars that I have chance to be in. This is due to my work which includes insane amounts of traveling. On my travels, specially when I am in some new area I like to order local beer. Long gone are days when I was drinking only Lav, Jelen, Zajecarsko or something similar. There is too many awesome and terrible beers to try to just stick to one kind.

So inspired by hundred or so photos of different beers on my phone and computer I have decided to review beers also. Yay! I have no idea how to do that, and forgot all the terms (that I knew some years ago when I experimented myself with making beers), but it will be something. At least I know when a beer tastes bad – at least now I know after quite a lot of experience.

For start (and it will not go in any chronological, alphabetical, color or any other order), here is one Benediktiner Weissbier.

Found in HESSE area.
Soft and smooth taste of Weissbier. Not so fruity like they tend to be.