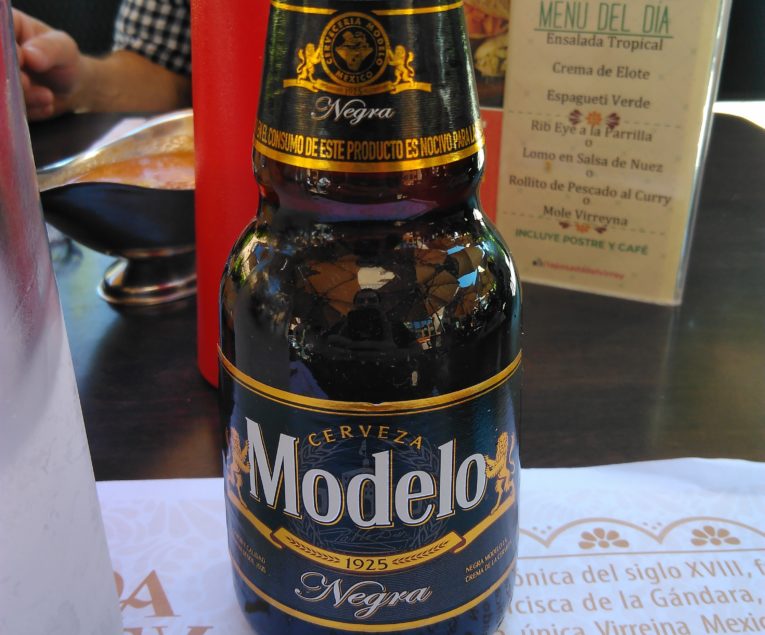 Title is little bit inaccurate because I didn’t try all Mexican beers, but just a few – three (four). They were all good and refreshing, property that they own to weather during my visit which was dry and warm, 25-30°C.

Indio is the first one that I tried, and it was OK. I don’t have any special remarks on it. Light beer. 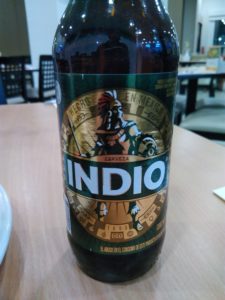 Second one was Tecate. Also nice beer. This time I got it together with mug that was extremely cold (-7°C). It came with explanation that it is some kind of Mexican custom to serve cold beer in freezing cold mug. On the one hand, it is nice to have it when outside is 30+, but it doesn’t do good to beer taste. Tecate tasted very light, very close to water. This taste didn’t improve much even when temperature of beer got closer to room temperature. Also light beer. 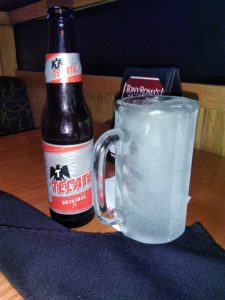 Third one that I remembered taking photo of was Modelo Negro, dark beer with (again) very light taste, partially (again) because of freezing cold mug. It saved me from one tomato sauce that was too spicy for me. 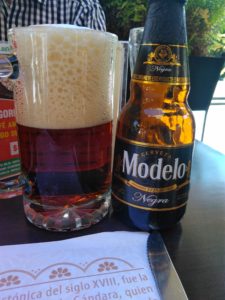 At the end I had chance to try one more Tecate while flying back to Mexico City with AeroMexico. This version was light, very cold, almost no taste at all. 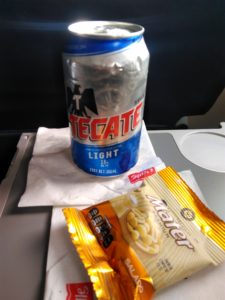 Overall, I liked these Mexican beers. They reminded me of German Pils with 5-6 cubes of ice in it (or at least I think it would taste like that, but I didn’t see anybody serve beer with ice in Germany)