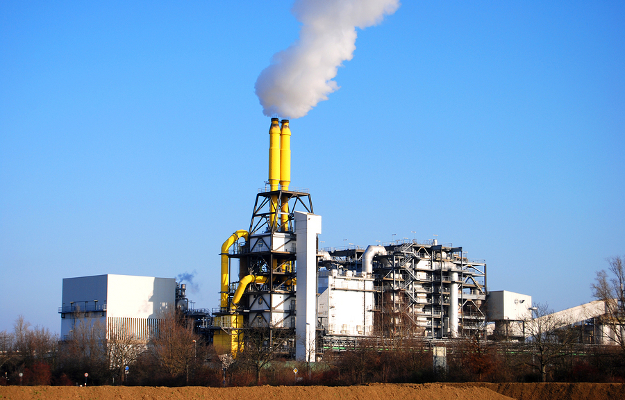 As all other generalizations this one is also wrong. There is recycling in Sweden, a lot of recycling, but it is not same everywhere. I will describe how it is going on in place where I live at the moment. In contrast, when I was living in another “kommun”, there was sorting of trash as organic and everything else (paper, glass and metal were of course separated from “everything else”). While on vacation in Stockholm, I had one metal door on staircase in building where all crap was thrown, organic, plastic, paper etc.

But now things are getting much more serious. Here are signs on top of different containers:

Hard and soft plastic packaging, which include: Cans, Belts(GT?), Bottles, Plastic bags, Cling film, Plastic corks or bottle tops.
But don`t include: Plastic strips and Cords
OK, I can handle this… 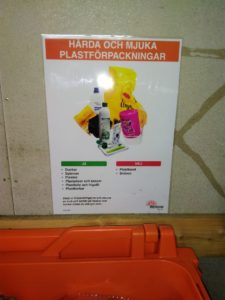 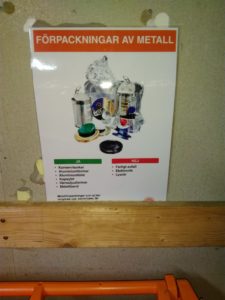 Transparent glass packaging – this one should be pretty clear on the first look, but there is big list what NOT to put inside: Ceramics, Porcelain, Drinking Glasses, Can Lids, Mirrors, Glass Panes, Light Bulbs, Bottles and Cans made of colored glass. 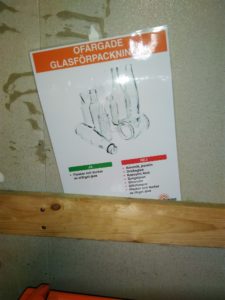 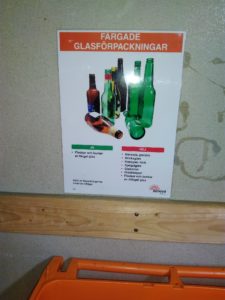 (Corrugated) cardboard – YES if it has wavy shape, NO if it is ordinary paper packaging, paper bags or present wrapping paper. Feeling overwhelmed yet? We are only half way through 🙂 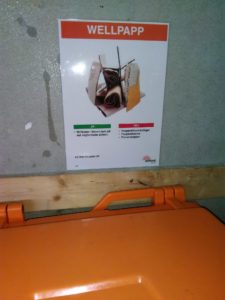 And now comes the advanced part. I know certain group of people that would really pee in their pants from happiness if they could gain access to this room. And I don’t think about all those poor souls in Africa and far Asia who manually strip metal from motherboards, printers and other electronics. If trash is a measure of how rich is one society, then this society has it going really good. 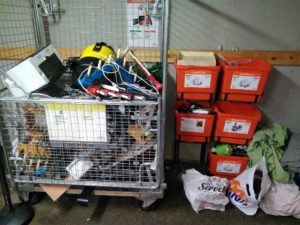 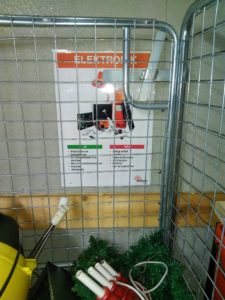 Small crap, a.k.a final IQ test – small boxes where you should throw all kinds of Light Bulbs if they are not longer than 60cm, but without packaging; Small electronic appliances; Small batteries.
There is one more box labeled for Light Bulbs but for some reason it was filled with cans of natural gas burners, deodorants etc.
And somebody threw bunch of clothes in the corner, completely out of order, because clothes are thrown in another place. 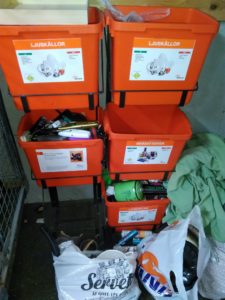 Of course, THIS IS NOT ALL!

In another area you can find bunch of trashcans for news papers, but not letters, and big dumpster for packages… I have no clue what goes in this “packages” dumpster but mostly what I could see is boxes, pizza boxes, cardboard crap, paper bags… 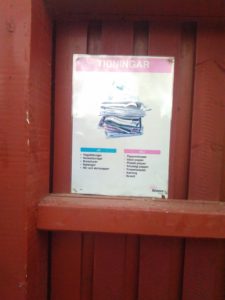 And there is another area, where you can throw organic waste that is gathered in paper bags in households and “everything else”. But now, with all these containers that I have described, “everything else” can be defined much more precise. But, if one doesn’t want to think too much about it, there is also picture what is considered “everything else” – Waste that is not sorted out for recycling like: Diapers, Napkins, Vacuum-cleaner bags, Unclassified plastic shit, Clothes, Letter envelopes, Tobacco, Snuss… But NOT electronics, light bulbs, hazardous waste or food waste. Quite simple 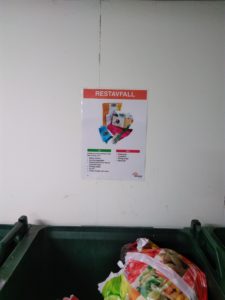 Recycling in Sweden – everything else

So, it is all nice and cool, recycling and doing our part to make this planet better for us and following generations. So what happens with this trash? All those sorted things probably get recycled in some way. I don’t know how batteries and electronic devices are handled, but I guess there is big chance they are exported in third world countries for good old manual tear-down. Organic waste is used to produce fuel, so that is some kind of renewable energy source. And what is left is burned in incineration plants. I am working 300m from one of these. They are cool because they produce electricity and warm water, which is very handy during winter times. In other countries through popular media this is viewed as good or environment friendly approach but it is much more complicated that that as you can read in this post at daryanenergyblog.

Everything burned is gone forever. Better approach would be to try and decrease amount of waste produced through smaller packages and alternative materials. And do people really need to have so much shit? I don’t think so. Capitalism made us mentally fucked up, we always have feeling that we need more – more gadgets, bicycles, lamps, books, water bottles etc. even if we don’t need them and they won’t make us happier for more than 3 days. I don’t like this recycling, I find it complicated, time consuming and financially under-performing for most of these groups of trash. I fight it the other way – I don’t buy shit (shit meaning another electronic gadget, umbrella or pair of shoes). When I get into the shop to buy something I buy that what I came for, and then think seriously do I need something more. And there are always ideas, eyes see cool stuff. But then I think again: Do I really need that? Will I use it? Do I already have something to finish that job? And almost always answer is yes, so I turn around and go away. This leaves me with food waste and food packaging, and that is under my recycling limit. Of course, I sort my green and brown wine bottles separate from Tequila and Gin.