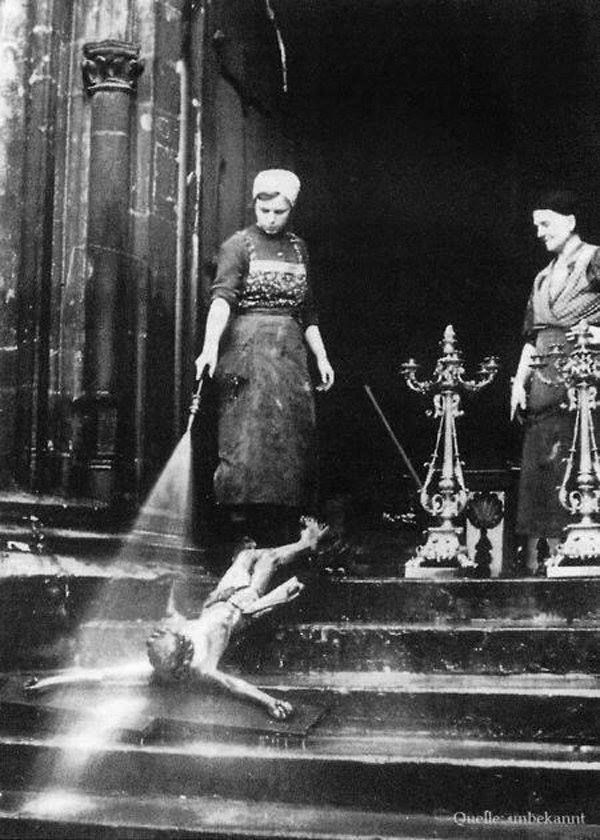 People are stupid and naive. And sometimes when faced with tragic event, or if their whole life was not the best one, people tend to be quite superstitious and easy to trick by different types of prophets, psychics, card readers, tea leaf translators, shamans and tricksters. Today the biggest problem might be that such scum is allowed to operate more or less freely, to advertise their services and charge for them, often making even bigger damage. I would like it to be government regulated. If you want to talk with dead, you can do it, but legally. Which means that you have to pay taxes as any other business. And to be able to start business you have to get a license. And here is the best part – to obtain license, one must pass a test. I am pretty sure that James Randi or some other people who share his belief, already have bunch of ideas and finished tests for “masters of supernatural”.

In case of dead-talkers, test would be for example to guess why somebody died. They would get a person to talk with, a person that did have somebody in not so close family die recently. Dead-talkers would then have infinite number of questions to ask to determine who and why, but only until he/she gets three times NO. After third NO, test is finished, license is not granted and new test date is determined, preferably few years later.

For card readers it could be to tell somebody close future, maybe half year or one year in future. And then wait until year passes. If it happened, they can get license, if not, they can try again. And in case they somehow try to make their predictions true by themselves, put them in jail or some community service.

All these tests should include a big generous fee paid by prophet, just to keep things running.

On other side, if collecting money from tests and licenses and taxes gets some money in budget, this money should be invested in education, because education keeps superstitions far. Like apple does to doctors or even better.