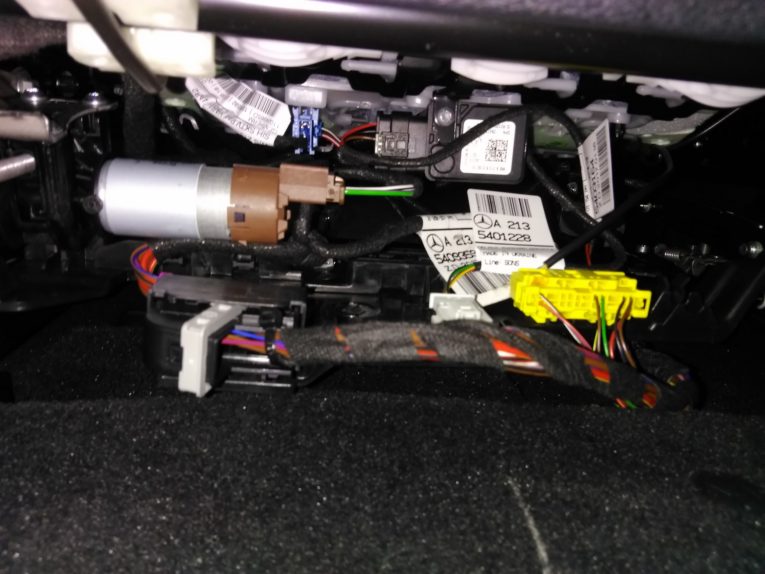 Few of my rentals were this kind of car… Mercedes E220 with automatic drive. It was very comfortable car, but it took me some time to get used to Mercedes-style of control, specially how to choose Drive, Reverse, Parking modes. I rented one in Austria with funny registration plate W-12345 and this one in Germany. Nice car with some very amateur, embarrassing and unsafe build shown below. 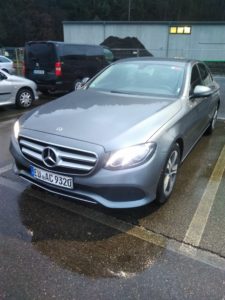 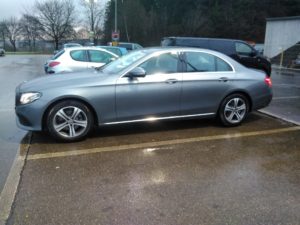 It was big car with lots of space. Central column was wide with some basic controls and big rotary button. 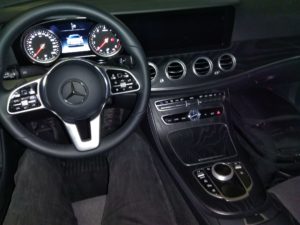 Big display was just a display, no touch screen (such disappointment). There was a lot of useless ambient light that I didn’t manage to turn off. I managed to shut down some of lights, but not all. I didn’t find all settings in menu, but it was not so important so never mind. Maybe next time I manage to find it. 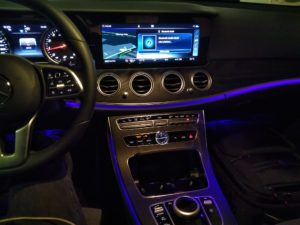 Interface was anyway quite different from what I found in other brand’s cars, so it took mi some time to find things that I wanted to find.

Car didn’t go very fast, I could feel that it is heavy car, or maybe because it was Avis rental, this was shitty version… It was early/late winter time with wet roads so i didn’t really want to experiment with this car and didn’t drive it more than 130kmph. 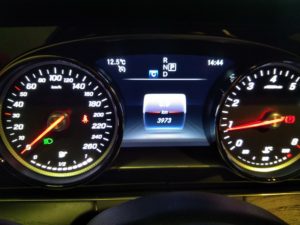 What I couldn’t believe my eyes was complete embarrassing disaster below the seat. While trying to reach for bottle of water that fell under the seat I caught some cables with my fingers. At first stop I had to look under and saw this, on photo below. There was no cover, all the cables, connectors, wires, motors etc were exposed to crap, feet, hands, and whatever else could slide under the seat, and there is plenty of things. I rented this car twice, once in Germany and once in Austria, and both were like this. I showed this to some colleagues electricians, and they were amazed and disgusted by amateur level of build. How is it possible that you can buy such car that should be properly made and have such fault as missing cover under the seats? Is it even planned? Will I ever find car where this is fixed (I have rented 3 Mercedes cars, 2 different car models, both models had this flaw). What about safety risks, if during driving something heavy falls under and rips apart the cables? 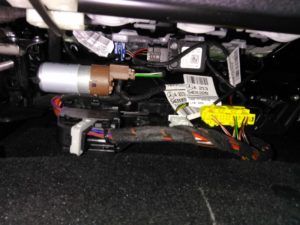 Mercedes E220 shit below the seat

Another shitty thing was GPS. It was hard to chose destination with big round button. Felt a lot like using old telephones with rotating dial. And of course, as usual, even when car is new, and only few months old, maps are far from reality. How can google maps be so much updated than map of Germany in German car? Photo below is quite bad, but you can see where this car wanted to take me. My plan was to go to the big crossroad and then turn right. This is second offer from Mercedes embedded GPS, first one was even more crazy. Just for this kind of situations I usually run navigation also on my phone, and so far after some 20-30 navigations in different cars, google maps always wins. 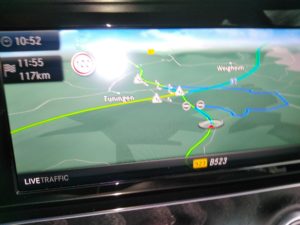 All in all, it was nice to drive this car. It was big and comfortable. But I didn’t have so nice opinion about Mercedes cars, I found them overpriced. Now my opinion is strengthened, I would never by Mercedes, even if I had money to throw.